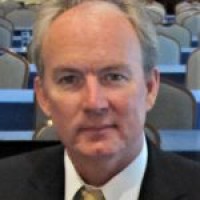 Michael Cline is a Director at GaffneyCline, an international consultancy with offices in the United Kingdom, North and South America and the Asia Pacific. GaffneyCline provides a broad range of technical, commercial and strategic advisory support to the private and public sectors of the oil and gas industry, as well as to financial institutions, service and power sectors. Michael has over 30 years of experience providing advisory support to clients around the world, including advice to governments and private investors on legal and business issues associated with privatizations and foreign investment, cross-border activities, mergers and acquisitions, joint ventures and partnerships and strategic alliances and investments.

Michael has been lead advisor on major investment initiatives, including for Kuwait Petroleum Corporation and Kuwait Oil Company on the opening of Kuwait’s upstream sector to participation by international oil and gas companies; for the Government of Iraq in connection with multiple licensing tenders to engage international oil companies in the development of major oil and gas fields throughout Iraq; and other similar initiatives around the world. Michael has led multi-disciplinary technical and commercial teams engaged in bidding and project evaluation processes. He has worked with a major Middle Eastern producer to analyze and benchmark operating cost structures and develop frameworks for cost savings initiatives.

Michael received a B.S. Foreign Service, Georgetown University in 1981 and a Juris Doctor, S. Methodist University School of Law in 1985. 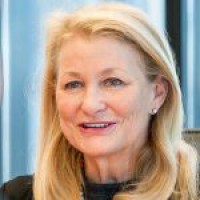 Becky leads complex client engagements by way of a collaborative leadership style and a hands-on approach. She has an extensive background in providing advisory and C-suite interim management services for underperforming companies in a broad array of industries such as life sciences, exploration and production (E&P), oil field services (OFS), healthcare, consumer, automotive, chemicals, and manufacturing. Becky is on the advisory boards of Texas Wall Street Women and Peach Outreach and is a member of the United Way Women’s Initiative in Houston. She was a 2013 winner of "Consulting" magazine’s Women Leaders in Consulting and in 2014 received the TMA’s Turnaround of the Year Award for her work at Kodak. In 2017, the Houston Business Journal named her as “A Woman Who Means Business” 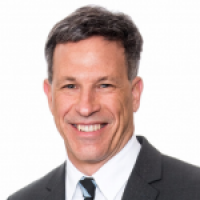 Richard Cooper is a partner based in Cleary Gottlieb’s New York office. Rich is one of the preeminent cross-border restructuring lawyers in the United States and is the recognized leader in cross-border restructurings involving companies and countries in Latin America and other emerging markets. He has represented Governments and their State-owned enterprises in restructuring and other related transactions, including the Governments of Mexico, Lebanon, Indonesia, Colombia and Puerto Rico, as well as corporate issuers, distress investors and creditor committees in a wide variety of in court and out of court restructurings. Additionally, Rich has been a thought leader on issues related to the restructuring of Venezuelan debt and spoken and written extensively on the subject.
In the energy sector, Rich has represented a number of oil and gas and energy companies including Petrobras, Pemex, Ecopetrol, Pampa Energy, Northern Tier Refinery, PDVSA, PLN, PREPA and Sempra Energy, and has advised clients involved in some of the most noteworthy restructurings over the last 20 years. In Latin America, he has advised debtors and creditors, including, Odebrecht Oil and Gas, Constellation Oil Services Holding S.A., Tonon Bioenergia, Oi S.A., GVO, Mirabela Nickel, Embratel, IMPSA, and Odebrecht Engineering and Construction in Brazil; Oro Negro, Arendal, Empresas ICA, Grupo IDESA, Inbursa, and CEMEX in Mexico; San Antonio Oil and Gas, Albanesi, Metrogas, TGN, Edenor, Telecom Argentina, and Stoneway Capital Corporation in Argentina; and Automotores Gildemeister and Alsacia and Express in Chile. In the U.S., he has advised on the restructurings of PREPA, M&G Chemicals, Aleris, America West Airlines, Circle K, Insight Healthcare, and Lehman Brothers, among others. Rich is currently advising the United States Treasury in connection with the assistance it is providing air carriers under the CARES Act.
Rich is regularly recognized as a leading lawyer by Chambers Global, Chambers Latin America, Chambers USA, Latinvex, Latin Lawyer, Financial Times, Global M&A Network, The Legal 500 Latin America, The Legal 500 U.S., IFLR1000, and others. Law360 named him a “Bankruptcy MVP,” and Turnarounds & Workouts named him an “Outstanding Restructuring Lawyer” three years in a row. 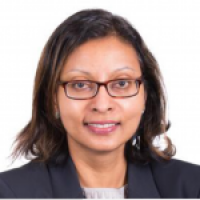 Fathima Hussain is Managing Director and Global Head of the Oil & Gas Project Finance team based in London and has over 22 years banking experience in the project & structured finance arena covering Africa, Asia and Latin America. During her career, Fathima has structured and led the execution of a number of award-winning debt arranging and advisory mandates both in the upstream and downstream sectors.
Fathima joined SCB in October 2005 and her current role primarily focuses on the structuring and execution of limited recourse financings, structured financings and project advisory mandates in the Oil & Gas sector across Africa, Asia & the Middle East. She has also recently assumed responsibility for developing and building a European-focused project finance business spanning energy, natural resources and infrastructure.
Fathima was previously with ANZ Investment Bank in London working on project advisory mandates, limited recourse finance and loan syndications in the Oil & Gas sector including reserves based lending, LNG, Petrochemical and Fertiliser projects with a specific focus on the Middle East & South Asia. In 2002, Fathima relocated to Singapore where she worked with the Leasing & Structured Asset Finance team primarily focusing on offshore transportation and FPSO projects across Asia.
Fathima holds a Masters degree in Economics from Cambridge University and a BSc (Hons) Degree in Financial Services and is a qualified Associate of the Chartered Institute of Bankers.

Any cookies that may not be particularly necessary for the website to function and is used specifically to collect user personal data via analytics, ads, other embedded contents are termed as non-necessary cookies. It is mandatory to procure user consent prior to running these cookies on your website.