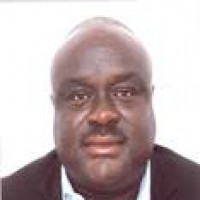 Kwaku Boateng is an Energy Economist with over 20 years senior management & leadership experience in the oil and gas industry and proven record of Oil and Gas Project Management, Regulation and Energy Policy formulation. He has an excellent knowledge of the commercial, policy and regulatory issues in the sector.

Currently, he is a Director for Local Content at the Petroleum Commission, Ghana (a Petroleum Upstream Regulator). He was a member of the Project Implementation Committee that set up Ghana National Gas Company and prepared the Project Execution Strategy for Natural Gas Project. He later worked with that company as a Senior Manager for Gas Commercialization and Business Development.

Earlier on, he worked at BOST as the Head Natural Gas Division, responsible for the company’s natural gas business development. Before joining BOST, Mr. Boateng worked with the Ministry of Energy as Head Petroleum Upstream and later acted as the Director Petroleum responsible for both upstream and downstream operations. During this period, he led the Ministry’s team in negotiating Petroleum Agreements and develop Energy Policy, Local Content Policy, Local Content Regulations and other Regulations.

As a member of the Core team, Mr, Boateng took part in the negotiation of West African Gas Pipeline Project and prepared several project agreements including the WAGP Treaty, IPA and WAGP Regulations. He took part in the preparation of the draft Petroleum Exploration and Production Bill and preparing petroleum upstream regulations.

Any cookies that may not be particularly necessary for the website to function and is used specifically to collect user personal data via analytics, ads, other embedded contents are termed as non-necessary cookies. It is mandatory to procure user consent prior to running these cookies on your website.